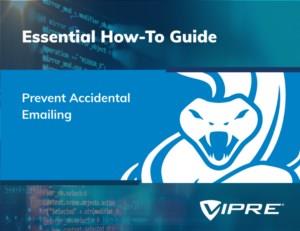 NO ORGANIZATION IS IMMUNE TO HUMAN ERROR
It’s not just your imagination, there appears to be a steady stream of security breaches in the news. One report explains how the personal identifiers of global political leaders have been accidentally disclosed, another story details a hospital that has inadvertently revealed the personal details of hundreds of patients, and still another article chronicles how a city council shared confidential information about thousands of children and adoptive parents.
All of these examples have one thing in common: accidental emailing. Think your enterprise is immune? Think again—one of your employees may actually have sent dozens of messages to the same wrong recipient without even knowing it. That’s what happened with a confidential military agreement between two prominent countries, which went public when someone reported receiving “a lot of emails targeted to a different person with the same name.”
The key takeaway? Your organization could reveal confidential information (contracts, ongoing negotiations, intellectual property, trade secrets, personally-identifiable information) in any of the 40 emails sent on average by each of your employees every day. In this e-book you’ll get a closer look at data breaches and misdeliveries via email, and learn how companies can implement security measures to prevent accidental emailing by using an email data loss prevention (DLP) solution.
Ved download af dette whitepaper accepterer du, at leverandøren af whitepaperet kontakter dig på din oplyste e-mailadresse eller telefonnummer med yderligere information om leverandørens ydelser relateret til whitepaperet